TOP 5 Gadgets For Kids and Young Technology Enthusiasts in 2019

Modern children will have to use completely new gadgets in the future. The teddy bears are unlikely to be able to prepare your child for high technology. However, we have collected the gadgets that will definitely get your kids’ attention and get them on the right track.

Welcome! Drone with camera, pen for 3D drawing, smartwatch, tablet and much more. 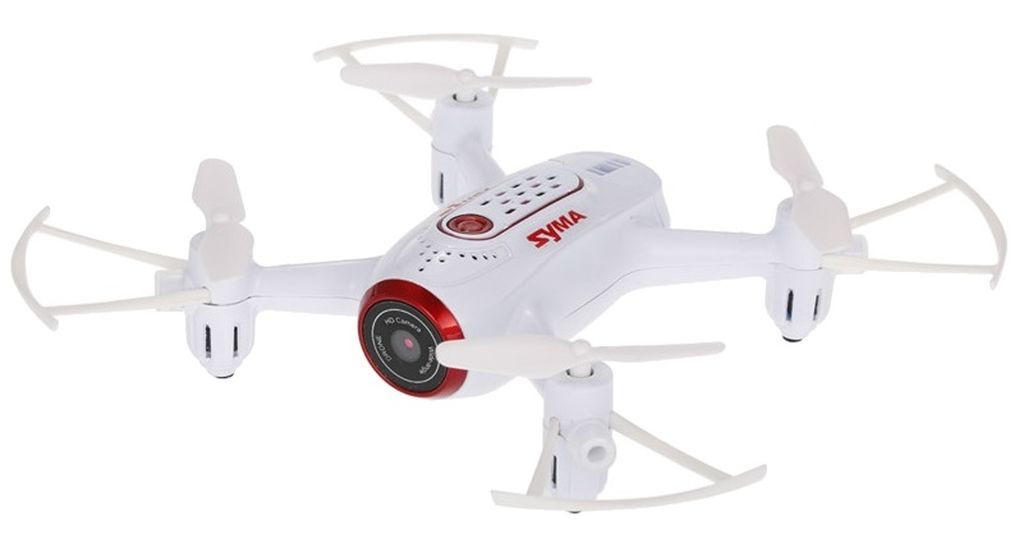 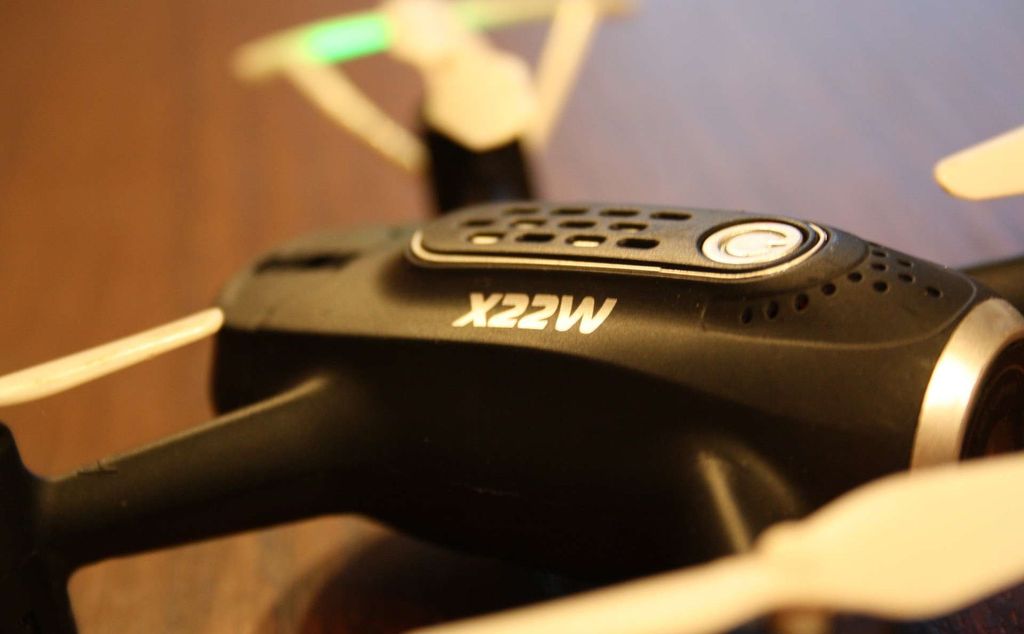 Syma X22W mini drone will teach your children to film everything from the sky. The drone is positioned as a toy for children aged 8 and over flying under the supervision of adults.

The drone has four propellers. Syma X22W has a flight range of up to 70 m when operated from the remote control. You can also control from a smartphone, but then the flight range with be about 25 meters, depending on the range of Wi-Fi network.

An interesting feature of Syma X22W is headless mode. 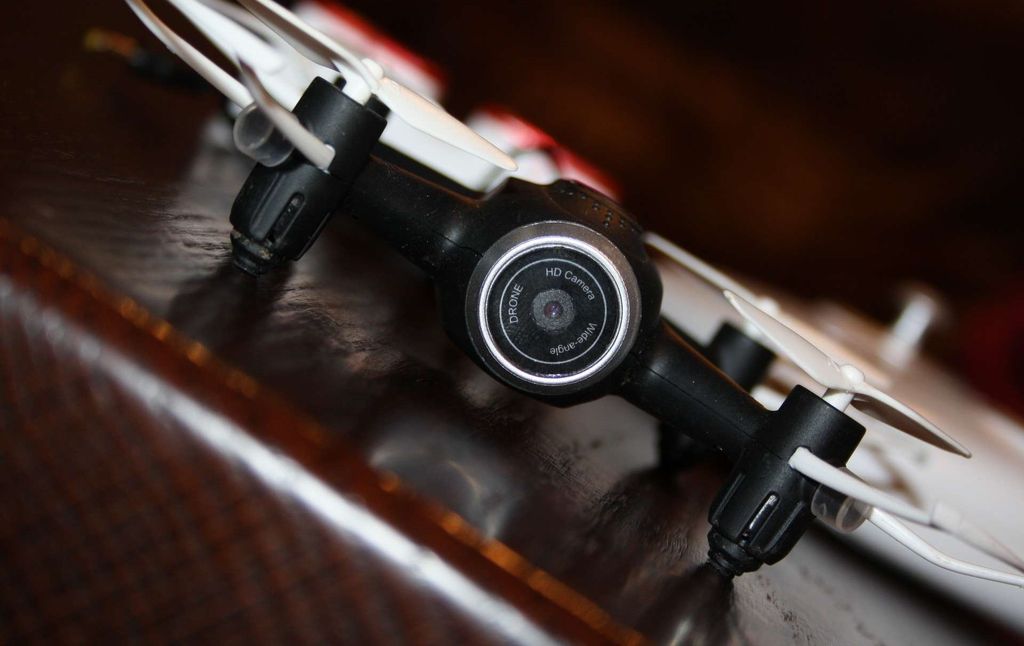 A main difference between Syma X22 and Syma X22W is built-in HD camera in the last one. However, in fact, it shoots video in resolution of 640 x 480 pixels. The image from the built-in camera is transmitted online to the screen of connected smartphone in the range of Wi-Fi network. 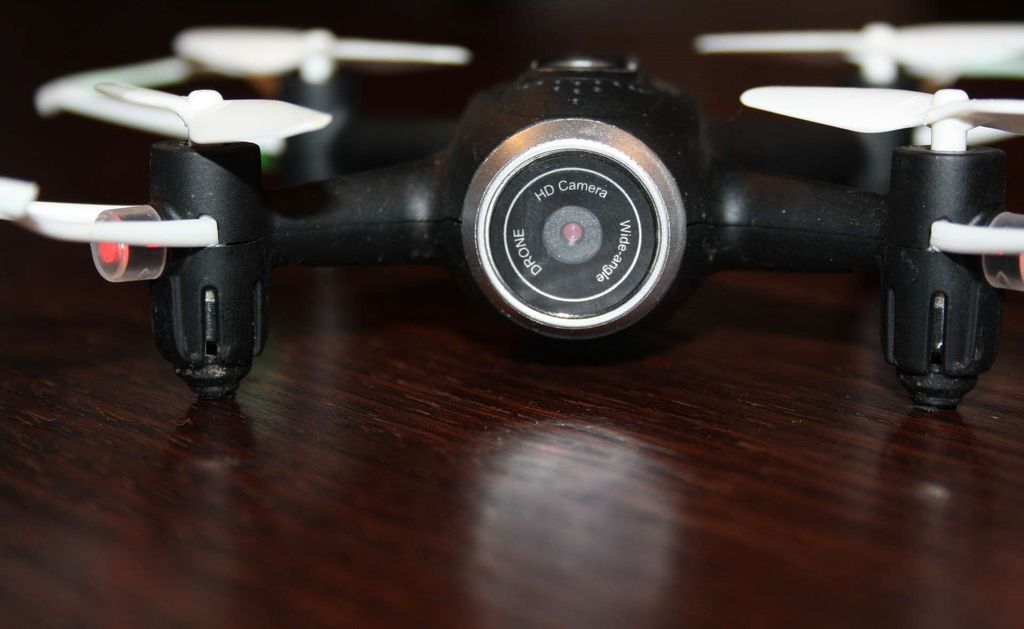 The drone is powered by 400mAh battery. The flight time is about 5-7 minutes, after which the battery is waiting for an hour and a half of charging. By the way, the charger is designed for two batteries, but a spare battery is not included in the package.

Syma X22W is a good gadget for beginner pilots, combining confident flying functions, responsiveness in control and a durable design. 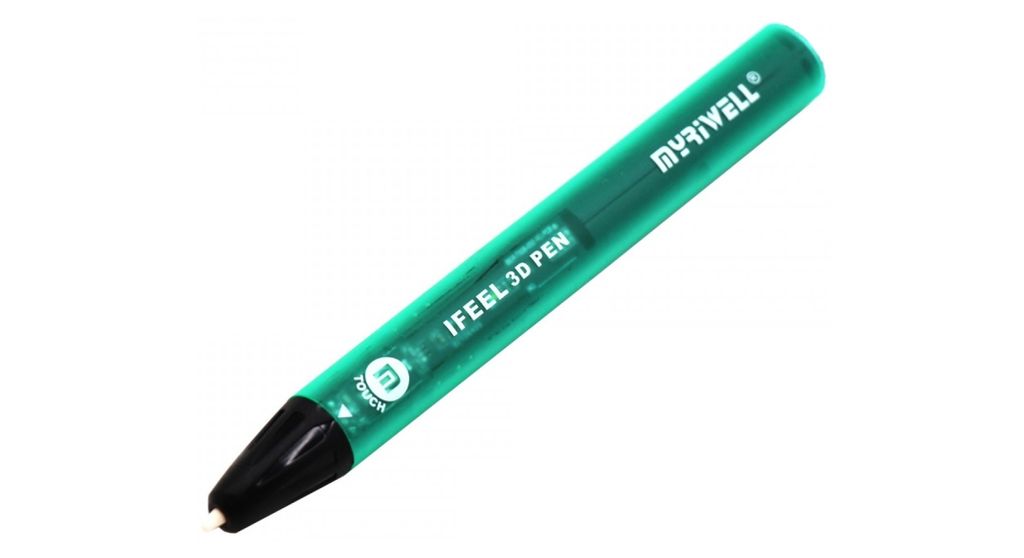 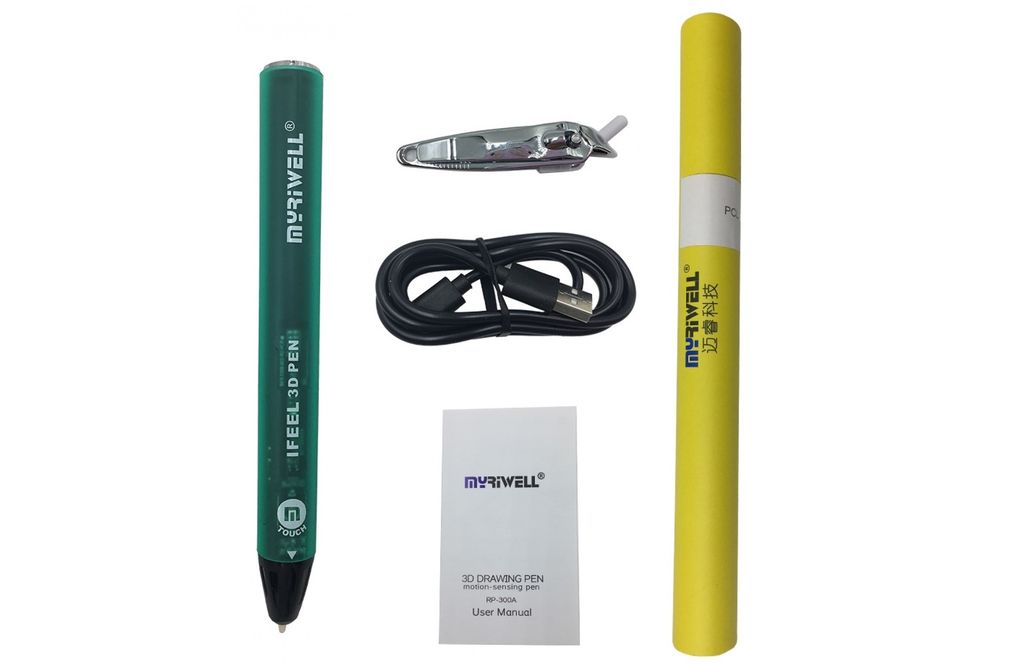 Volumetric drawing technology has only recently taken a step into wide masses. However, many manufacturers are already familiar with the production of 3D pens. One of the best in the industry is Myriwell.

The pen named Myriwell RP300A has a compact color case. It uses the safest kind of plastic KID from the category of low-temperature volume ink. PCL-plastic melts at a temperature of 70-100°C, which reduces the risk of burning on the hot workpiece during drawing. 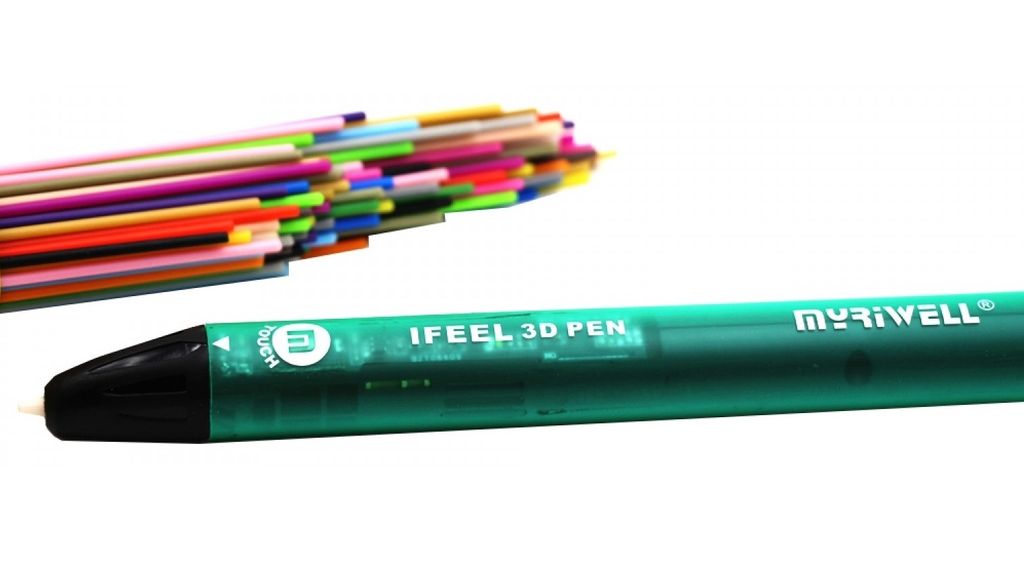 The new 3D pen supports plastic threads with a diameter of 1.75 mm. At the outlet of the ceramic nozzle handle plastic is laid a thin and smooth line of about 0.6 mm in diameter. The feed rate is adjusted as long as the finger holds down the touch control button on the product body.

The plastic yarn feed speed is adaptive: if you make sudden brush movements it increases, smooth – goes down. Manual speed adjustment is not possible. 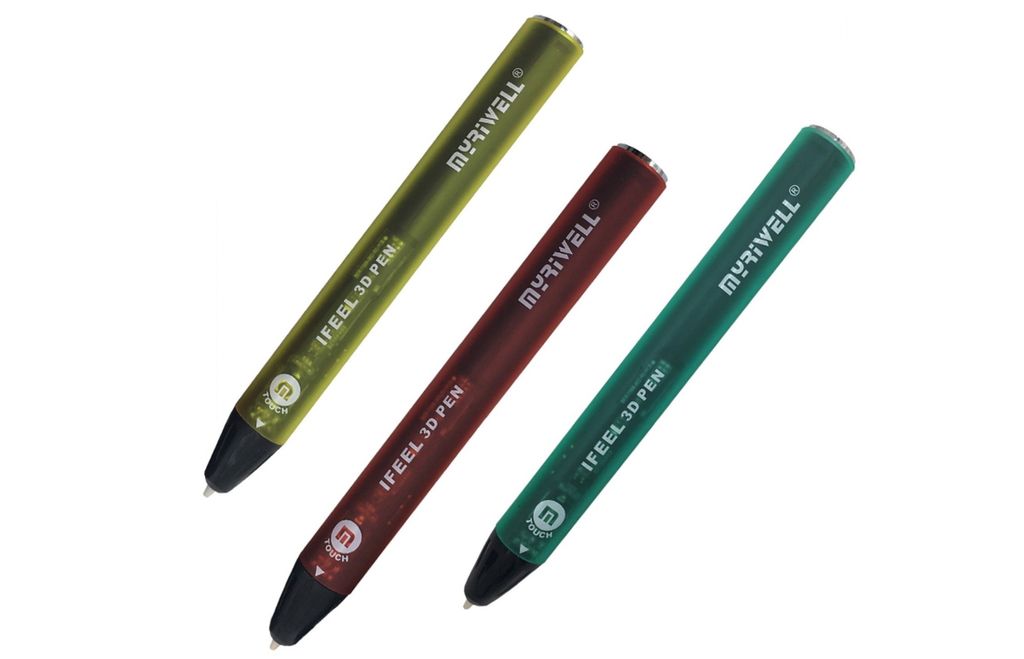 Another important advantage of 3D pen is the power supply from the standard USB connector (5V/2A). You can charge Myriwell RP300A from USB-port on your laptop or power bank. Also, the device power off automatically after 2 minutes of inactivity.

Finally, the pen is designed in such a way that the plastic does not get stuck in it, even when it cools down. Thanks to the high degree of safety, the gadget is suitable for children from a young age. 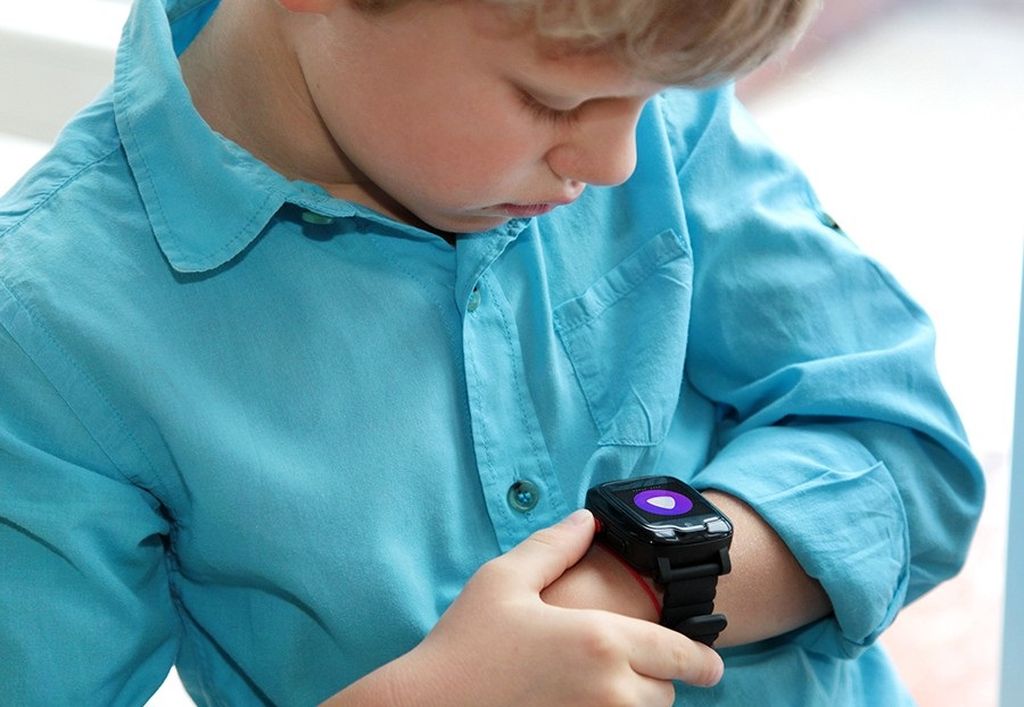 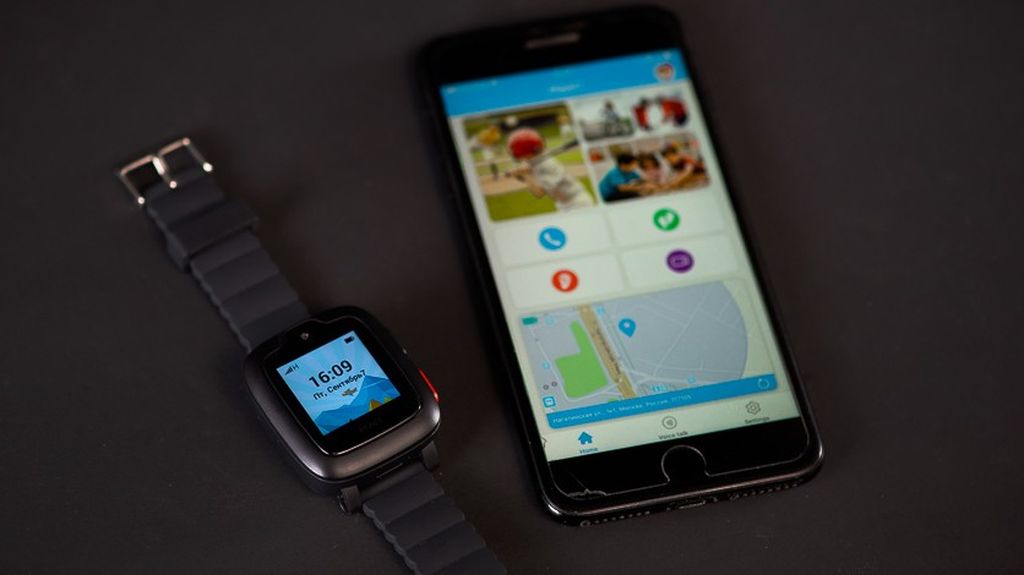 The majority of functions in children’s smartwatches are focused not on children, but on parents. Safe perimeter zones, movement control and remote listening to what is happening around it are among the main features of smartwatches for children. ELARI KidPhone 3G is exception, because it offers many other functions.

The front panel of smartwatch is occupied by 1.3-inch color touch screen. There is 2MP camera,  which is used both for photographing and for video communication.

The watch knows how to call other wearable devices and smartphones with pre-installed Elari SafeFamily app. Because of the low performance, video calls are limited to three minutes, while the interval between them should be at least 5 minutes. Otherwise, the smartwatch will overheat. 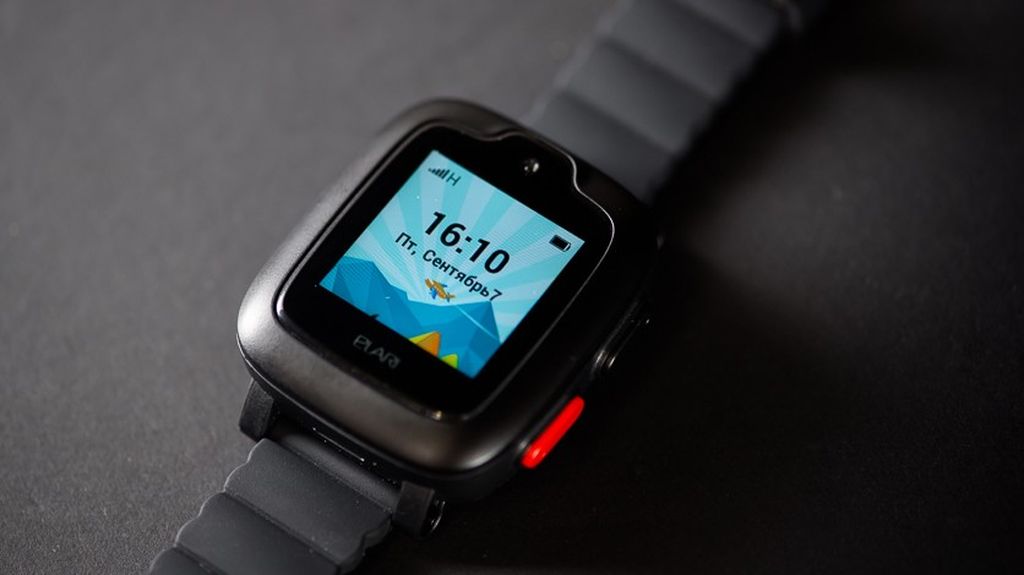 Another feature of this smartwatch is built-in voice assistant Alice, who knows the answer to the questions of your child. Virtual assistant will tell the weather for the day ahead, tell you why the sky is blue, or even read a fairy tale. Fortunately, the watch supports 3G mobile networks.

Another advantage is SOS emergency button, dust and moisture protection by IP65 standard. Also, there is GPS module for precise geopositioning and interactive pedometer.

The battery capacity of 580 mAh will be enough for a day and a half.

ELARI KidPhone 3G has no special competitors. That’s why the smartwatch will become a loyal servant to parents who are worried about their children. This is also a companion on the wrist for a child. 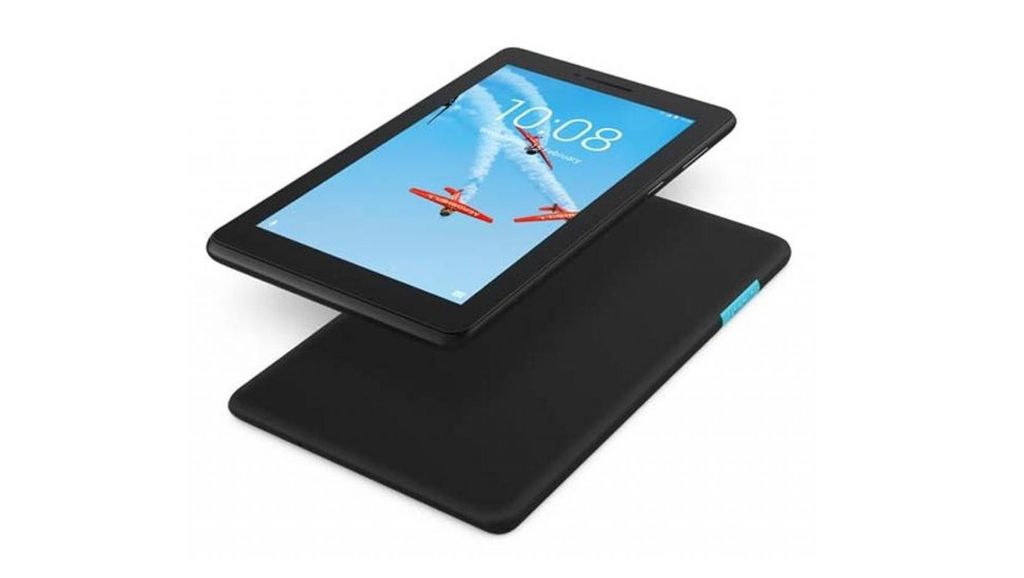 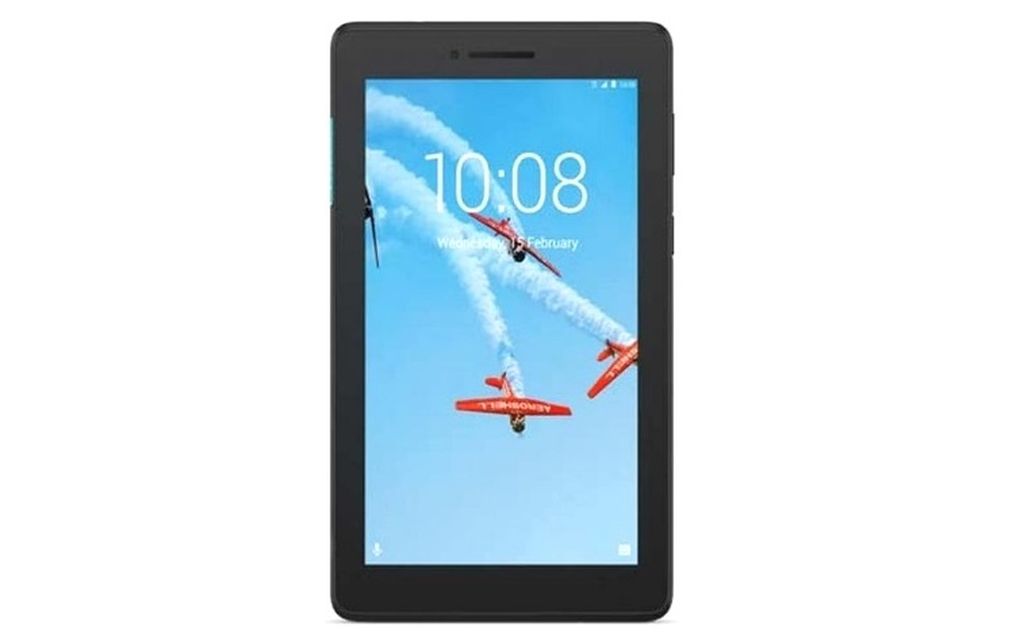 Lenovo Tab E7 series of tablets was released at the end of 2018. The older model is 7104i model, designed for children and the unpretentious audience for home use.

The number “7” in the name of the tablet indicates the screen diagonal. The tablet has TN panel with a modest resolution of 1024 x 600 pixels. A common problem with all displays from this price category is the color rendering inversion in case of deviation from the direct view angle. 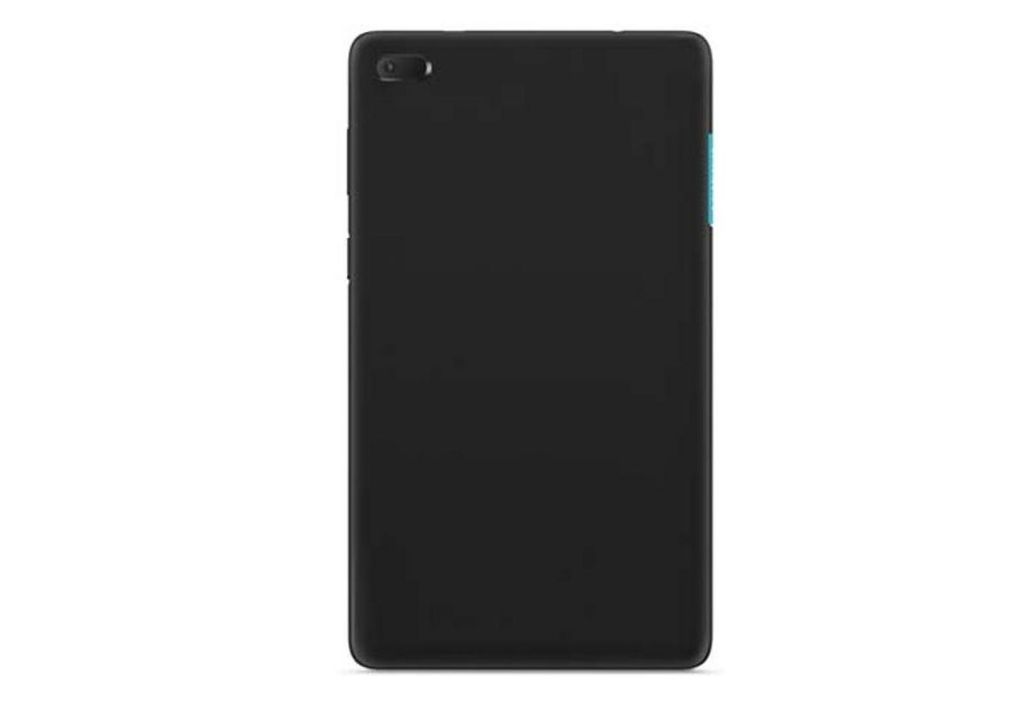 There is 16GB of built-in memory, but you can also use microSD memory card up to 128 GB. Tablet makes photos with 2MP main camera and 0.3 MP front camera. Lenovo Tab E7 lasts about 5 hours with active screen time. 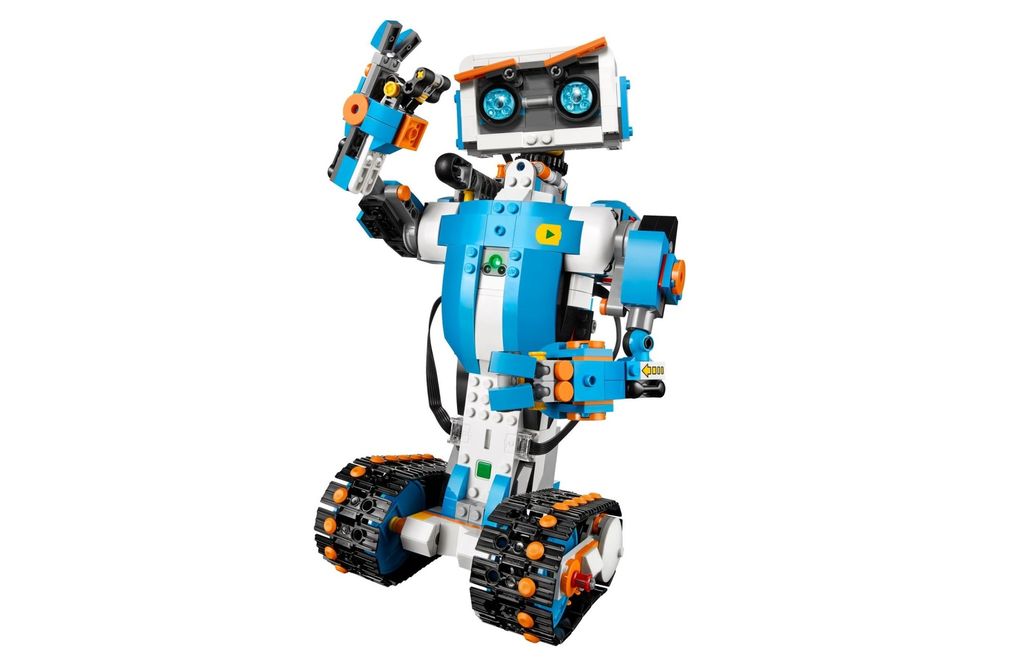 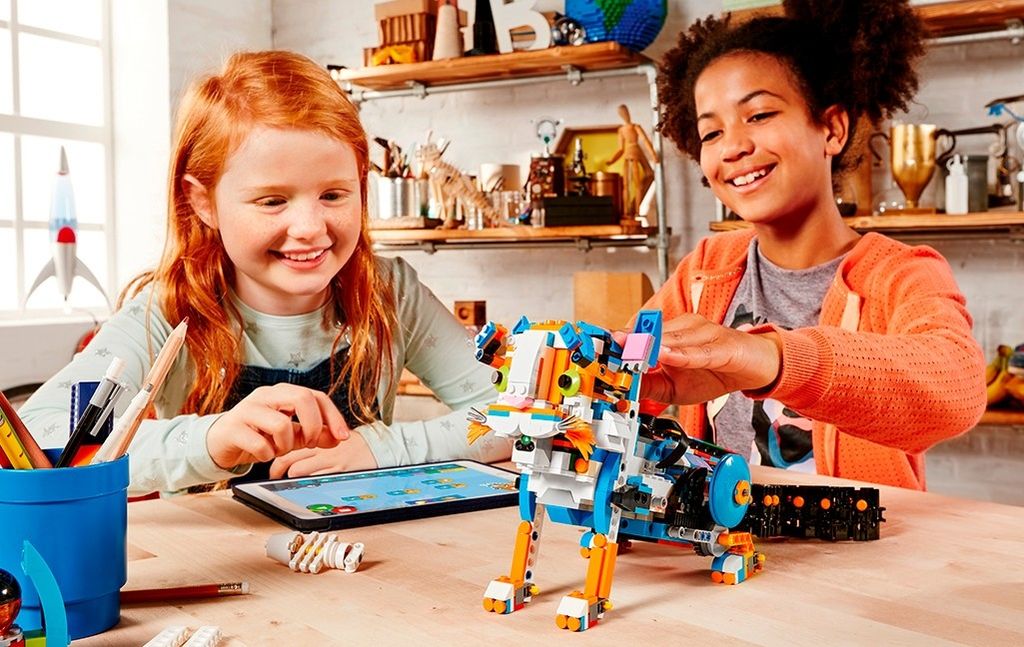 The Danish company has established the production of kits for the smallest (Lego Duplo), separate series for boys and girls, but also there is LEGO Boost Creative Toolbox 17101 for children aged 7-12 years. 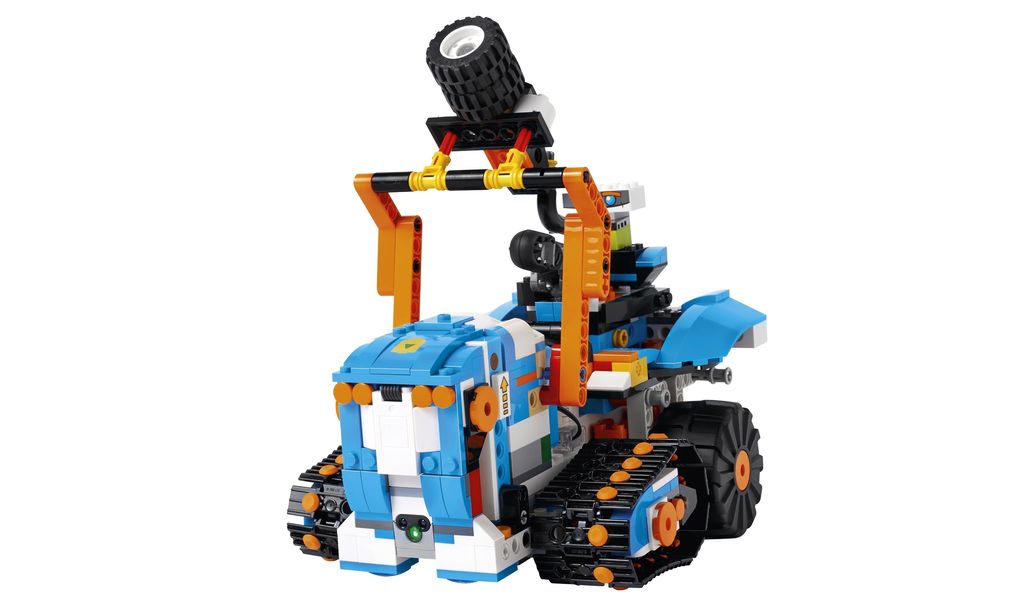 From 847 pieces the child can assemble as many as 5 characters: the robot Verne on the tracks, Frankie’s cat, all-terrain vehicle, guitar and automated assembly line. Each of these toys performs a number of functions. For example, the robot Vernie rides on the caterpillar, expresses emotions with his eyebrows, can determine the distance to the object and its color.

The kitty purrs, rejoices at strokes and plays on the harmonica.

The all-terrain vehicle is programmed to shoot at targets, raise and lower the bucket, and knock with a hammer.

At last, on the conveyor the automated assemblage of mini-robots is adjusted. 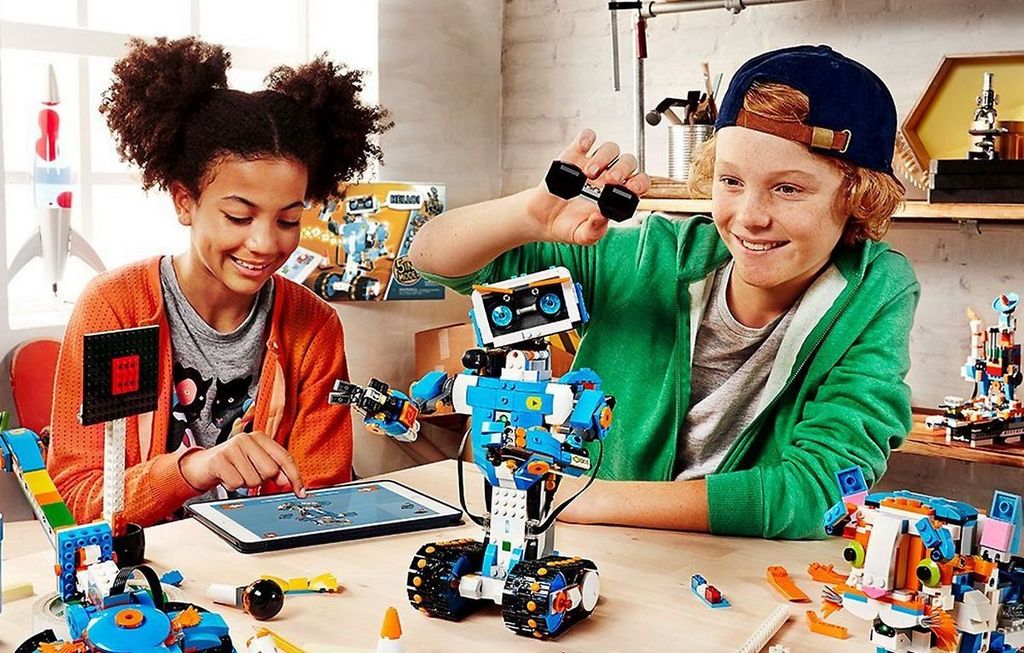 Each of the five characters are assembled for several hours. Tips on the assembly process in an interactive form are given in the mobile application Lego Boost.

The first time it clearly shows what and where to move and where to click. Gradually, the child comes to understand the skills of the hero.

The sounds of the robot are reproduced through the speakers of a paired smartphone or tablet. 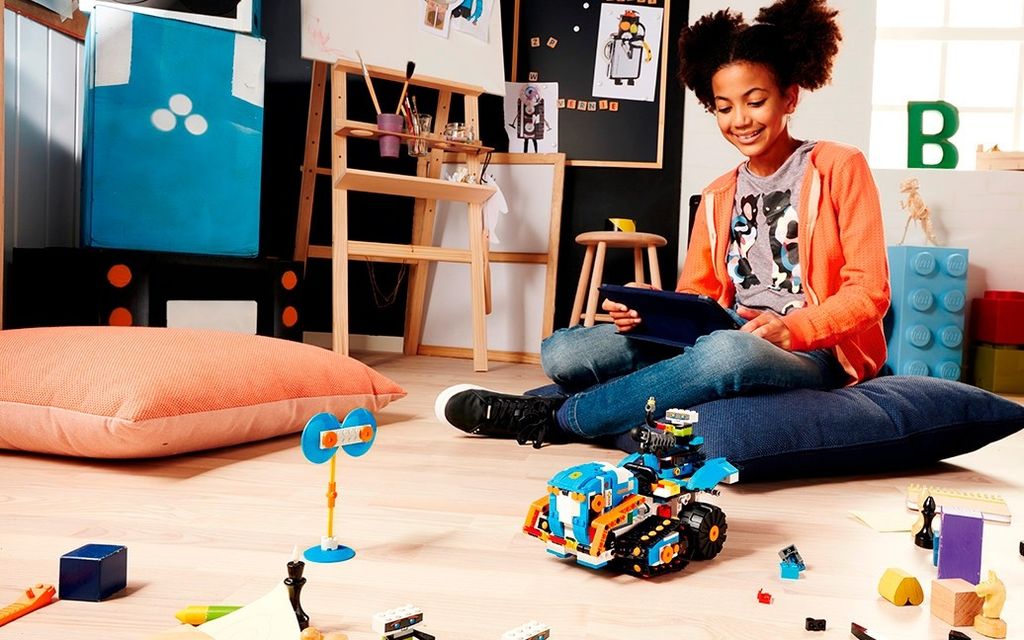 Your child will definitely not get bored with Lego. LEGO Boost Creative Toolbox 17101 develops fine motor skills in children’s hands, logical thinking skills, teaches programming. Most importantly, it allows you to diversify the gameplay, relying on the creative imagination of the child.

The price of LEGO Boost Creative Toolbox 17101 is pretty high, but, frankly speaking, it is worth every penny.

Which Xiaomi Smartphones Can You Buy On Aliexpress?

TOP 5 Best Treadmills For Training At Home In 2020

We will be happy to hear your thoughts

DealsTherapy.com is a platform to search and compare the best tech deals on Chinese online shops: Aliexpress, GearBest, Banggood, GeekBuying, TomTop, etc. This allows you to compare prices, delivery terms and other important factors when buying a new gadget. We also track prices, new sales, offers, promotions, coupons, so you can buy a smartphone, tablet, laptop, action camera or any other device at the lowest price.

For customers
For vendors